What are the Ospreys?

The judging panel have selected a shortlist of 10 films which will be screened at the Theatre by the Lake on Saturday 25th February. All of the films have a connection to Cumbria, whether that be on screen or behind the camera.

Whilst the main prize will be determined by the judges, all those who come get the chance to vote for their favourite short film, which will receive the Audience Award.

The final running order is still to be decided.

Set at Christmas time and narrated by two Brussel sprouts, the Chameleon Wolf tells the story of a flatulent wolf cub who gets lost in the forest, seeking out the assistance of other creatures before finding that it is his quirk which will help him find his way home.

This film was made by 8-11 year olds at a Signal Starters Film-in-a-week workshop. All parts of the project, from story development to forming the crew and shaping the edit, were co-created and produced by the young people involved.

Made by first time filmmakers aged 8-12 as part of the Signal Starters project at Signal Film and Media. Paper Town tells the story of a magical stranger who arrives to reinvigorate a lifeless town and its apathetic population.

All parts of the project were co-created & produced by the 90-95% first-time filmmakers, with students having attended free classes and workshops to learn filmmaking through the Signal Film & Media Charity.

Partially shot in Cumbria, this experimental film meditates on themes of time, generational change through environmental decline, dementia, and the processing of memory through sound. The Constant Sound of Machines started off as a study of how sound can map environmental decline in the UK, focussed on the industrial coast of the North-West. Off the back of this, the director took a journey from North England to Wales with his daughter, capturing footage along the way which would morph the film into a fictional account, framed as a ghost story. Also built into this is the story of a couple suffering from dementia.

Sections of the story are read by a grandmother and granddaughter, with this acting as a thread to link the narrative to two further works in a series of films by the director which also explore collective memory, social recall through storytelling/art and how auditory experience affects memory and dreams.

Inspired by his wife Susan's journey across the Pennine Way over 10 years with their cairn terrier Poppy, Brian Melia documents here his own experience of running the 247-mile route in an unbroken effort. Pioneered by Alfred Wainwright in September 1938, just as Europe was on the brink of war, the long, circular walk starts at Settle station, heading up the Eastern flanks of the Pennines to the Roman Wall and West along the wall as far as Greenhead before returning down the Western Pennines back to Settle.

Moving With is a short film which captures the precious moment in time between mother and son and their local landscape. Featuring dance artist Lucy Nicholson and her son Benji in their home village of Staveley, we observe the two as they pack a bag and walk to their favourite spots, asking themselves along the way what can they hear?... what can they see?... how can they move?...

The film too poses an alternate perspective on how we can be with our children in natural spaces, what an outdoor activity can look like and how an appreciation of our natural world can be fostered. All of this is explored through dance in response to natural surroundings against the backdrop of the beautiful national park. 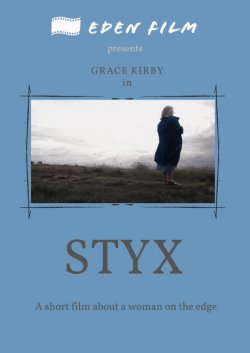 Filmed on Burgh-Marsh and Solway Firth at Anthorn, Styx is centred around the monologue of a lonely woman as she contemplates her life and future.

A film about the memories of German artist Kurt Schwitters during his final months in Ambleside, Untitled presents the Hanoverian artist's memories of Hannah Hoch while he worked on his Merz Barn in Elterwater.

Schwitters was best known for his Merz Pictures, but was also interested in poetry, sound, painting, sculpture and what would come to be known as installation art. 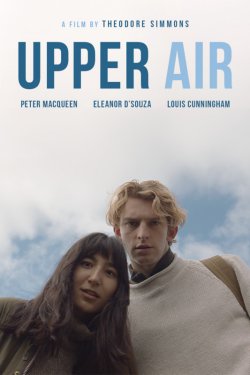 In this dramedy, a couple's weekend in the hills goes off track when they discover they are to spend it in the company of a mysterious and eccentric stranger.

Shot on location in the Lake District and Carlisle, the film explores how different people experience and idealise the region.

A satirical comedy centred around the virtue signalling behaviours of two Cumbrian men.

A documentary film which shows the impact of the Wild Ennerdale partnership's work in Ennerdale, Cumbria which has allowed natural processes to shape the landscape of the valley over the past 15 years.