Lakeland endurance running, the slow game of energy and emotion, anxiety and anticipation: an unfolding physical landscape that you run through and an emotional landscape that runs through you. Set within an attempt on the Joss Naylor Lakeland Challenge this poetic film pays tribute to Joss himself and his inspirational status in the world of fell running.

Grandad's Army is a three minute short film about a young mischievous boy who must spend a weekend at his estranged grandad's home. After they struggle to find common ground, the boy makes a mistake that he must put right.

The Irrational Tendencies of Elias
Directed by Ben Bellingham (10 mins)

A desperate, unemployed perfectionist must stand out for the right reasons to win over a potential employer. In this interview from hell, everything and everyone stands in his way, including himself.

An inventive girl finds an archway with what seems to be an entire world inside. 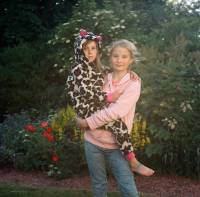 Thirty years on from the Chernobyl disaster and the impact is still being felt. The children are all growing up in deprived and contaminated areas of Belarus, and come to West Cumbria for four weeks respite care. This film shares the experiences of one new host family who welcomed a seven year old Belarusian girl in to their home.

James and Tim are lifelong best friends who do everything together, but one secret could tear them apart.

After crashing her car, a young woman wakes in a locked cell and must battle to escape an increasingly nightmarish scenario.

A short comedy. After her boyfriend's 'accidental' death, Sindy tries to bag herself a fella

Unexpectedly reunited with his daughter amongst the ruins of the world as they knew it, a father is determined to make this day special, even if they are already dead.