For our tenth year celebrating local filmmaking we have a selection of drama, documentary, animated and experimental films.

Many have been shot in locations in Cumbria including Keswick, Carlisle and Windermere. Our film makers include professionals, amateurs, students and young people, some as young as eight. We have contributions from individuals, from small groups of collaborators and from fully fledged film-crews.

Our judges have selected the following films to be screened at the festival. An overall winner will be announced and an audience award decided at the screening.

A drama - set within a bunker, in a mysterious post-apocalyptic world - which follows a man’s anxiety as he waits for his wife, who is tasked to refill their dwindling energy supplies.

Created by a group of 16-19 year olds for this year's BFI Film Academy Cumbria.

The Bob Graham Round: Running the Fells with Friends
By Kaleel Zibe (9 mins 57 secs)

Tony Holt attempts the iconic Bob Graham Round: a 66 mile ultra distance mountain challenge taking in 42 of England's Lake District fells with 27,000ft of ascent, which must be completed within 24 hours. More than just a physical and mental challenge for the ultra-fit, Tony narrates his story and explains that it's running in the hills with friends that makes it so special.

A young man on the verge of death has to traverse his own mind as it leads him down a path to confront his guilt.

The film was shot in several locations around Carlisle with a cast and crew living in the area and studying at the University of Cumbria. 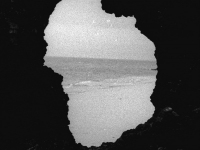 A film study of natural and man made circles found in the landscape of West Cumbria. The film includes Salt Pan at Mile Fortlet 21, a slag heap in Workington and sheep folds deep in the Northern Fells.

The film was created as part of the Allerdale Film Farm, a ten-day 16mm film event which took place in West Cumbria in August 2017.

A person can become lost and buried by ambition with no clear output in sight. Under the surface lies a battleground between negative behaviour and the will for wellness. Get on the Moving Circuit is a personal account of reconnection and realisation, questioning identity and sense of place.

The film was shot on location at Walney South Beach and is based on personal experience growing up in the area.

A 16mm experimental film made near the Solway coast looking at wind turbines and their relationship to the Cumbrian landscape around them.

Filmed on Tallentire Hill and hand processed and printed in a collectively made pop-up darkroom in the basement of Hayton Castle during the Allerdale Film Farm.

EPXCS is a London bred artist-producer and founding member of the minikingz label. This documentary is a preview into the anticipated ‘Caught Life Twice’ music release and the themes that are explored through a self-reflective and insightful look into EPXCS world.

Ben Wangenye is a final year film and television production student at the University of Cumbria.

Julian Hyde has been tracking the unregarded edgelands of that jewel in England's crown, the Lake District, for over ten years – picking over the frayed seams and exposing the cracks that Cumbria's tourist industry would rather you didn't discover. This short film presents isolated fragments of Hyde's decade-long walk to nowhere, tracing and retracing an elliptical path along the 'unseen realm between the main road and the church', recapitulating in his own words an oblique narrative of hope and despair, clarity and blurred vision(s).

The Day Before Christmas
By Signal Starters (2 mins 37 secs)

A young girl has Christmas spirit brought to her doorstep by a troop of lively snowmen.

Made in Cumbria by the Signal Starters group of 8-12 yr olds as part of their 'Film in a Week' project.

Entries are now closed for the 2018 awards.

The judges are in the process of shortlisting the films and deciding which will be shown at the festival.

For the 2018 Festival we will be using FilmFreeway.com to accept entries. Please click through to our listing on FilmFreeway for full details on how to enter.

For the first time, Keswick Film Festival has joined forces with Sally's Cottages, an award-winning, local, family-run holiday cottage letting agency based just across the road from our beloved Alhambra Cinema. Sally's Cottages have over 240 self-catering holiday cottages in and around Keswick and you will be spoiled for choice for your stay during the Festival.

Supported by Film Hub North, led by Showroom Workstation. Proud to be part of the BFI Film Audience Network